Our office is closing! We can do better than just despairing

In March 2015 we received the bombshell from our U.S executives that our office in Oxford was to close as part of a long-term global consolidation of sites with some staff being offered relocation and the others made redundant. The products needed to continue, but how could we avoid the remaining time just being miserable?

Staff were asked to complete their current work and assist with knowledge transfer to the remaining development offices in the USA and India. The previous few years had seen good progress with agile and lean software development, customer satisfaction had steadily risen and staff turnover had been extremely low. So the closure announcement was a body blow. The chance of the announcement being taken badly was all too real with the risk of the situation disintegrating into a depressing mess.

The Oxford management team had the difficult task of trying to make the best of the situation and get the best outcomes for both staff and the company. One year on, the results so far have been remarkably positive. We can therefore make some recommendations for anyone else in this situation, some of which are also worth considering for companies during normal operations.

Overall it has been a much more positive experience it could have been. The office morale is still good and the staff have received outstanding praise for their continued professionalism and dedication.

The results has been good for the company as there is a smooth handover taking place while ensuring that people are taken care of.   The actions above have not been cheap for the company in the short-term, but are ultimately delivering better long-term value than the alternative of instant site closure followed by disorder and a long period of rebuilding a new team from scratch.

Suggestions relevant for companies not closing

Whilst some of the topics are only relevant to a site closure, some things could be beneficial anytime.

It’s coming up on nine years since I first started slinging code in a professional setting. Professional here meaning with a salary, in an office, with other engineers, decent coffee and unreasonable deadlines.

Back then I was barely newly minted from school, and what I lacked in understanding I certainly carried in hubris. I remember being vaguely offended not to be on the list of Sweden’s top coders that year. No idea how they would’ve found me, but I still remember being annoyed by it.

What I’ve lost in hubris in the last nine years, I’ve gained in experience. I thought it’d be useful to punch down a few things that it would have been nice to know nine years ago — maybe it can help you, if you’re just about to take your first steps out of school.

In no particular order, here are nine things I wish I’d known when I started out:

Anyway. This is my list. The nine things I wish I knew nine years ago. It strikes me now that current me would love to see the list Nine Things I Wish I’ll Remember In Nine Years. What stuff have I forgotten that would warp my perspective? I’d love to hear your take on either this, or what I missed on this list.

By: Marcus Frödin from Spotify

Brace yourself Spark the change is coming..To France! 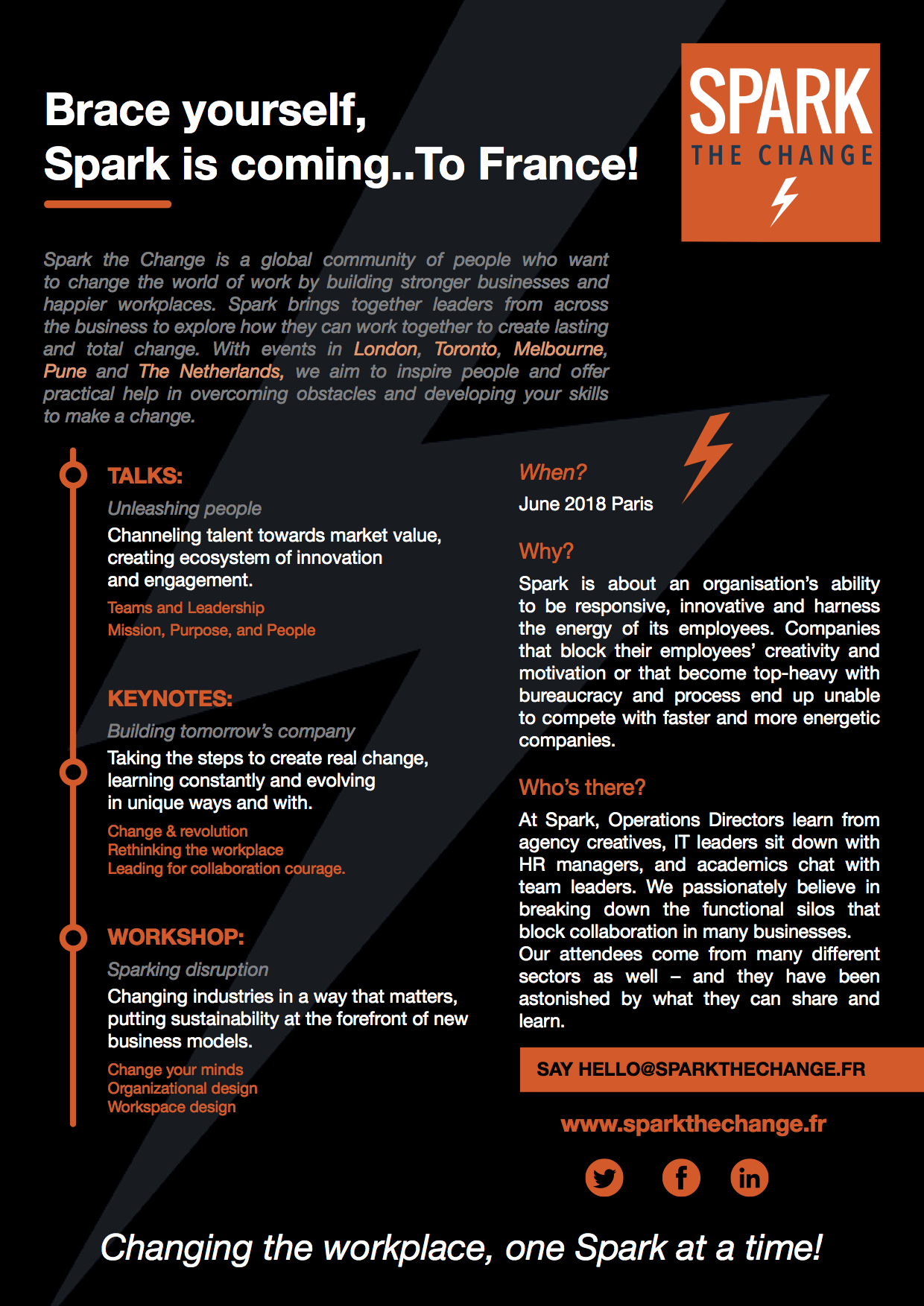 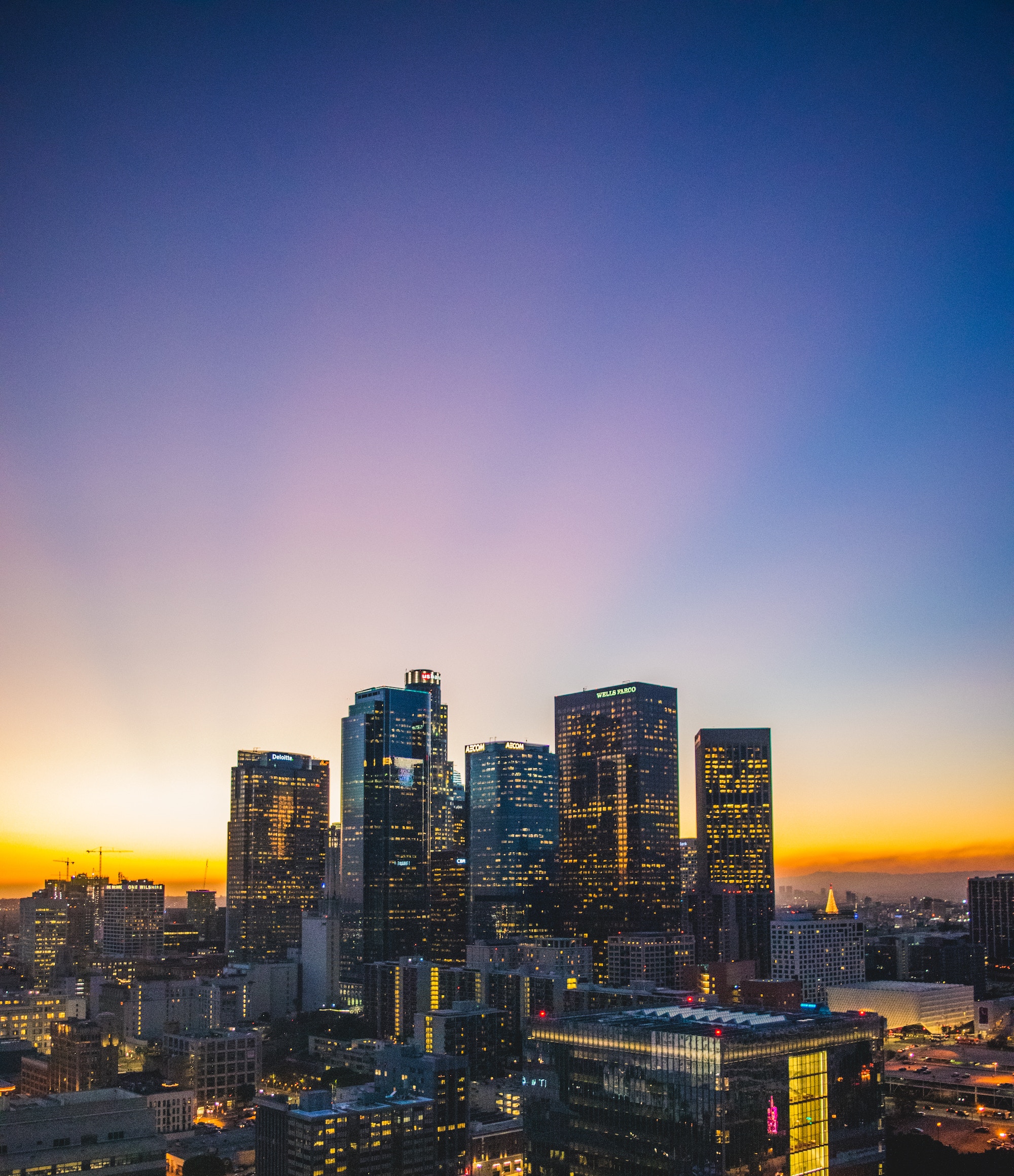 You could drive yourself steadily insane compiling a list of all the trends that were supposed to fundamentally reshape business. Once upon a time we were all “flexi” workers, then “mobile learners”. Both terms seem antiquated now, the corporate equivalent of a Segway – perfectly sensible in principle but somehow faintly ridiculous in reality.

What makes the “gig economy” – the legion of individuals taking on piecemeal work, enabled by online talent platforms – feel different is that it’s being driven not by hip early adopters in co-working spaces (though there are plenty of them involved too) but by genuine need, both in the “real” economy and, crucially, in boardrooms.

If you were staffing a major new project from scratch today, it would seem an act of faint lunacy to bring in a raft of full-time employees with cumbersome overheads (and personal taxes) when you could go online and find experienced, verifiable individuals you could pay by the hour and dispose of when required. Similarly, if you were a coder, IT contractor or other technical specialist, why would you harness yourself to one organisation when you could enjoy both variety and a more lucrative income hopping from gig to gig (along with the attendant tax advantages of being self-employed)?

So many businesses are waking up to this recalibration that 450,000 people with full-time jobs now have second jobs, many of them via TaskRabbit, Elance or their multitude of competitors. PwC has tried to cut out the middleman by setting up its own talent “market” of registered suppliers its offices can bid on. There are individuals in greater London making a handsome living assembling flat pack furniture on a piecemeal basis for an hourly rate – an occupation that would have been almost logistically impossible just a couple of years ago.

You can understand the appeal of living by the gig, beyond the financial benefits. The conventional career has been an awkward fit for many people over the years, and few jobs are capable of maximising all our skills and intelligences. Besides, most work is boring, which is why those lucky enough ever to have had a job for life employed the conversational repertoire of the prison system (“putting in hard graft”, “serving your time”) to describe it.

Gigs, by contrast, are exciting and ever-changing, even though they ask some deep questions of the psychological contract (why would I exercise discretionary effort for a business that only employs me for a matter of days? Can I trust someone who could work for my biggest rival tomorrow?). But they aren’t an untrammelled good, either. For every actuarial scientist earning a small fortune for a short-term job, there’s a hotel chambermaid who is now being paid by the room rather than the day. The huge rise in self-employment in the UK has as much to do with businesses shifting such workers – we should include the small army of couriers and delivery drivers in this calculation – off their books as it does people discovering new freedoms. Palpably, none of them are enjoying the benefits of the gig economy, not least because they cannot practically control where and how they work. They are left, instead, to feed on scraps.

Uber, the erroneously attributed poster child of the gig economy, faces a legal challenge over whether its drivers are technically employees. It maintains they are self-employed. This is a vital point for the courts to consider – cycle couriers and plumbers are engaged in similar cases – but in Uber’s case we should also note that it controls the supply of drivers into the market, and their pricing. This is assuredly not the “freedom” gig economy enthusiasts speak of.

Governments will have to decide the legal and ethical boundaries of such behaviours, not least because if gigs take off, their tax revenues will rapidly vanish. Already, there is serious talk of the need for a third kind of classification, between “employee” and “self-employed” which recognises the shared responsibilities (both financial and relating to holidays, sick pay and other benefits) between giggers and those they work for.

Pioneers like Wingham Rowan, who runs the Beyond Jobs consultancy, are trying to imagine a market that will ensure the gig economy brings mutual benefits and conveniences without being open to abuse. Businesses who want to enjoy the flexibility such arrangements provide should not absent themselves from such discussions – but neither should they fear this will turn out to be just another fad.